WHAT IS A BIPOLAR DISORDER ? 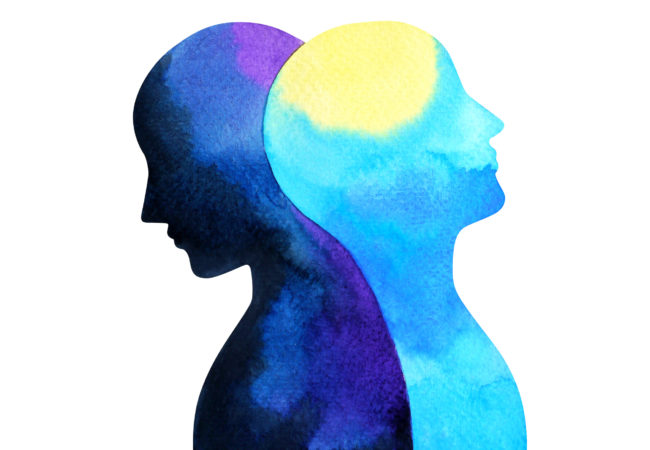 Bipolar disorder, also known as maniac depression, brings extreme mood swings which include high and low moods and changes in sleep, energy, thinking, and behavior. People with bipolar disorders have extreme and intense emotional states that occur at distinct times, called mood episodes. These mood episodes are categorized as manic, hypomanic or depressive. People with this disorder generally have normal mood as well and they can be treated, and people with these illnesses can lead full and productive lives.

Bipolar disorder is a category that includes three different conditions. They are

Bipolar I disorder can cause dramatic mood swings. This type of disorder is diagnosed when a person has a manic episode which lasts at least one week and depressive episodes last for two weeks.

Symptoms of maniac episodes are:

Appearance of maniac symptoms requires hospitalization. The average age for a first manic episode is 18, but it can start anytime from early childhood to later adulthood.

Bipolar II disorder involves a person having at least one major depressive episode and at least one hypomanic episode. Hypomaniac symptoms are similar to maniac symptoms but it is less severe than maniac. The person with depressive episode shows intense sadness, loss of interest in activities, sleeping troubles, changes in appetite, restlessness, lack of concentration, fatigue and frequent thoughts of suicide and death.

Cyclothymic disorder is a milder form of bipolar disorder involving many mood swings, with hypomania and depressive symptoms.Most people with this condition only experience a month or two at a time where their moods are stable. People with cyclothymia experience emotional ups and downs, but with less severe symptoms than bipolar I or II disorders.

The exact cause of bipolar disorder is unknown, but several factors may be involved, such as:

People with bipolar disorder appear to have physical changes in their brains. Abnormalities in the structure or functions of the brain may increase the risk.

Diagnosing bipolar disorder requires extensive testing. A physician testing for the disorder will ask about the patient’s family history, looking for anyone else in the family who has the disorder. The physician will also ask about any mood swings experienced recently, and take a history of the mood swings including when they began. A medical history is also taken, which will include any other conditions that the patient may have and a list of all medications taken. The doctor will also supervise the individual’s mood for signs of mania and depression, as well as asking the patient’s family about any changes in behavior.

Person with bipolar disorder might also need to be treated for the conditions such as :

Untreated bipolar disorder can result in serious problems that affect every area of the life, such as:

If anyone noticed with suicidal thoughts or attempts, depression, keeping themselves apart from others, alcohol or drug abuse, emotionless or often end up crying, seek out for help from the medical professionals as soon as possible since it is a treatable disorder.